While interacting with international students
Support for living in Japan. 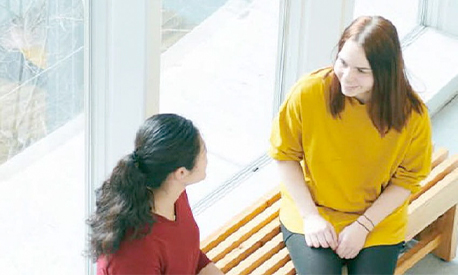 International students who have just arrived in Japan are often at a loss because they do not understand the rules and ways of living in Japan. The purpose of the “”Conversation Partnership”” is to help them adjust to life in Japan.
It is not just a one-way relationship. By spending time together at university, you will not only be able to improve your communication skills in foreign languages and understand different cultures, but you will also have a very valuable opportunity to make good friendships that will last a lifetime.
If you have not had the courage to interact with people from other countries, why not take this opportunity to do so?”

A total of 141 students (59 Japanese students and 82 foreign students) have participated!
Many students from all over the world, including the U.S., Germany, Thailand, the Netherlands, Korea, China, and Taiwan! 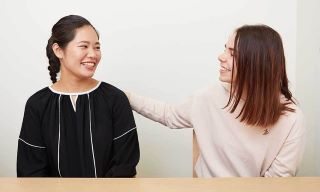 2 or 3 times a month, we have a time for partners to meet each other on or off campus. This is an opportunity to discuss differences in hobbies, customs, etc. and broaden perspectives. Students at Reitaku are also available to help international students adjust to the Japanese way of life. 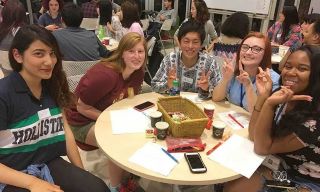 As a culmination of about four months of school work and activities, everyone comes together to share with each other about their different cultures. Each group will get a certain amount of time to exchange opinions and research on a theme, and create a presentation. The international students, with the help of the Japanese students, will present their research in Japanese, often wowing the audience. 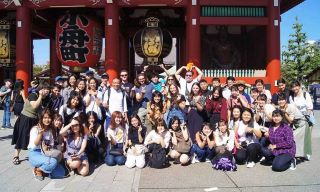 Events such as a handmade fairs, trips to Asakusa, and sports events are organised by the students as an opportunity for Japanese students to introduce international students to Japanese culture. Through these events the students get to know each other better and make other aspects of the program more exciting. 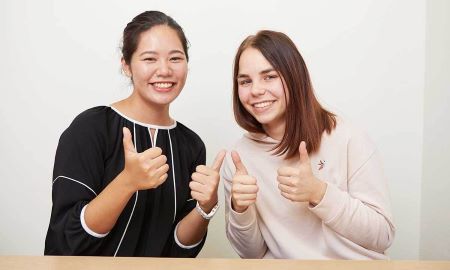 The world is now a much closer concept to me. The homeliness is the best feature.

When I studied in Germany, I received a lot of support from my local friends, and so I decided to join the program because I wanted to return the favor by supporting the students who came to Japan to study.
Kunze is the best partner for me to learn German!
Her opinions based from a different culture are very fresh and always very inspiring. If you really want to learn about a foreign culture, there is no better place to do it!

It’s a great place to study, with a borderless atmosphere that makes you feel like you are in a different country or region.

I became interested in Japan when I heard about it from a relative who knows a lot about this wonderful country, and after learning about Reitaku University from a friend in Germany, I decided to study there. There are many ways to express the same thing in the Japanese language, which is really interesting! I even visited Sensoji Temple in Asakusa to know more about Japanese culture. I was really happy that Ms. Hiroyama and her friends were so kind to me especially when I felt homesick. I would like to keep in touch with them as my lifelong friends!

In the 2021 academic year, we continued our online activities using Zoom. We interacted with exchange students who were not able to come to Japan to study while overcoming the time difference. These activities are posted on Instagram often to let current students who cannot come to the university know about the activities of the Conversation Partnership on campus. 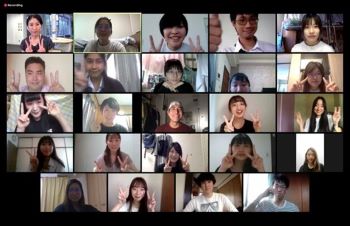 “It was good that we all enjoyed playing games together. It must have been difficult for the facilitators to schedule the activities considering the time difference, but it was a good experience for me to realize the reality that we were actually interacting with each other across countries.”
“I was able to talk with my group members about many things, such as about the university, my home country, hobbies, etc.”
“I had a lot of fun interacting with the international students through the games we played.”